Were Sewer Breaks on Wickstrom Place Caused by Development?

During the weeks of controversy over the permitting of the Alki 11 rowhouses that now face 55th Ave SW and Wickstrom Place SW at Alki Beach, it was pointed out to the city that this project would present sewer problems. For one thing, dumping over one MILLION gallons of extra waste water into the 100 year old sewer line on Wickstrom without any infrastructure upgrade made no sense. Neighbors opposing the project also raised concerns about possible flooding and sewage overflows.

But the City ignored these concerns. Permits were issued without requiring the developer to do anything to upgrade the sewer line. The Alki 11 and another 3-unit rowhouse project across the street from it on Wickstrom Place were completed earlier this year. All 14 units are now occupied. And all of their sewage and stormwater go into that 100 year old sewer.

Today, those of us who live on Wickstrom Place received notice that 2 emergency emergency sewer repairs will have to be done on the section of sewer directly in front of the Alki 11 project.  Construction will begin Tuesday, October 6.

Is it a coincidence that these repairs are needed now that all these units are online? Probably not. I, for one, expected problems. I just didn't think they would show up until we got into the rainy season.

Obviously, work on that sewer line would have been necessary sooner or later. But what rankles me is that instead of the developer paying to upgrade the sewer line, as he should have, the cost will now fall on taxpayers. Way to go, DPD. 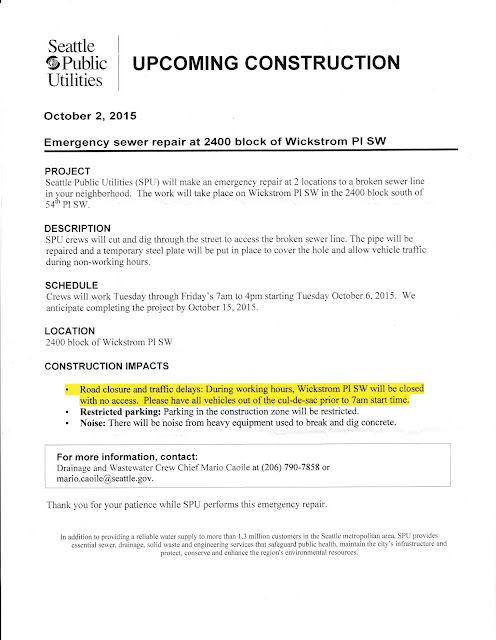 Posted by Marie McKinsey at 5:03:00 PM Links to this post

In my car, running errands, I often pass a house with a lovely Japanese maple in the front yard, decorated with little white lights and what look like tiny prayer flags. 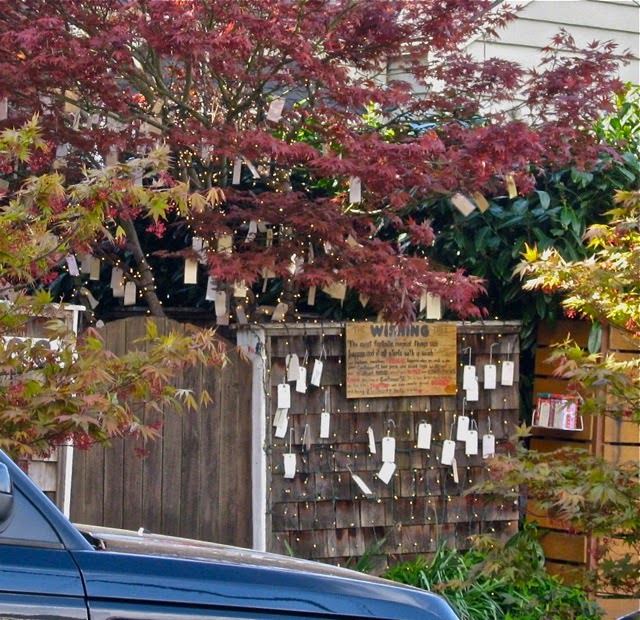 After noticing this for several weeks and wondering what all the little tags are for, I decided it was time to get out of my car and walk over to find out. 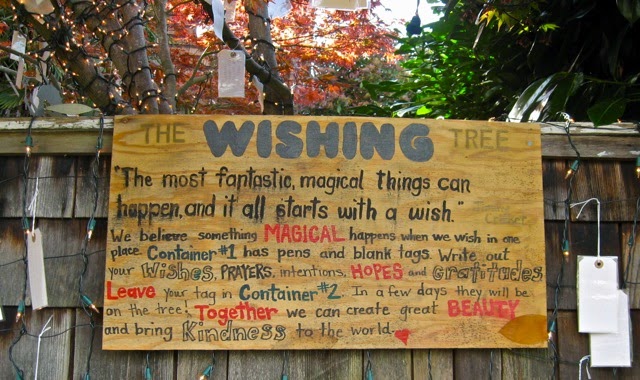 The Wishing Tree. "The most fantastic, magical things can happen, and it all starts with a wish." We believe something Magical happens when we wish in one place. Container #1 has pens and blank tags. Write out your Wishes, Prayers, Intentions, Hopes and Gratitudes.  Leave your tag in Container #2. In a few days, they will be on the tree! TOGETHER we can create great BEAUTY and bring KINDNESS to the world. 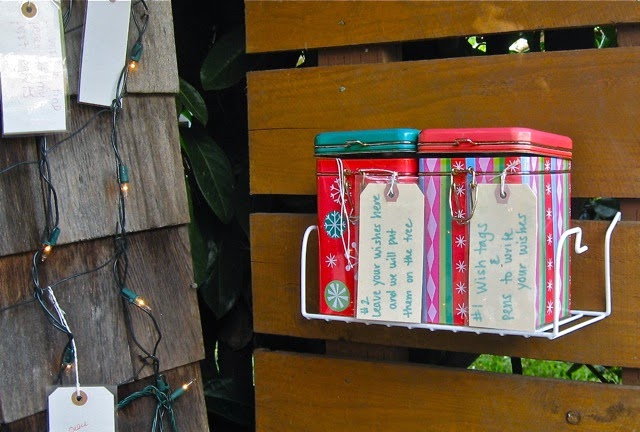 When I got in touch with the homeowners to ask permission to do this blog post, I found out that they were inspired by another Wishing Tree that they discovered while on a walk in the Capitol Hill neighborhood. They were so touched by the idea that they decided to do something similar. Judging from the number of tags hanging from the branches, this Wishing Tree has meaning for many people. As one of the homeowners said in an email:

"Some of the wishes are just heart breaking :( ... And some are so beautiful and heart warming. I'm glad there is a place people can leave all their hopes and dreams and thoughts and prayers."

Here area few of the Wishes I found there.

"God take care of my Brother. Amen."  "I wish to find peace with my past regrets."  "I wish my daughter's brain condition would get better."  "Please may there be peace in Syria."  "I wish my husband can find a job where he can be happy and successful." "I wish for the growing baby in my belly (10 weeks) to be happy and healthy." And in what appears to be a child's handwriting,  "I want a unicorn. Thank you."

If you happened one day to come upon a Wishing Tree in your neighborhood, what would YOU wish for?