Mobile Chowdown in The Junction

The Mobile Chowdown came to West Seattle last Sunday. Two blocks of California Avenue were closed to accommodate 23 food trucks that served everything from ethnic foods and donuts to burgers and ice cream. Take a look: 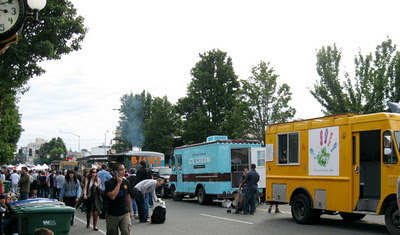 Trucks were parked down the middle of the street, giving people plenty of room to mill about. It's a good thing, because there was a huge turnout for this event. 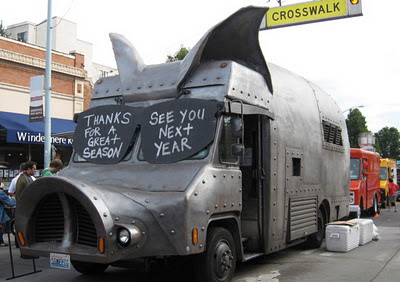 The street food phenomenon is not just about food, it is also about the truck. The popular Maximus-Minimus truck is a rolling advertisement for its pulled pork sandwiches. 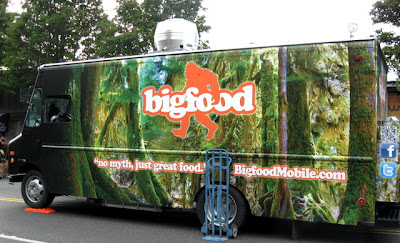 And who could miss the colorful "big food" truck? 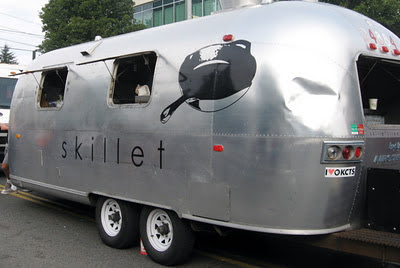 The Skillet airstream trailer is a classic in these parts. One of the first food trucks in Seattle, it has been serving up grass-fed burgers with bacon jam since 2007. 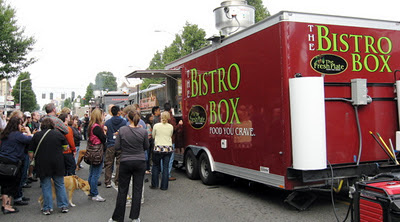 There were long lines everywhere. 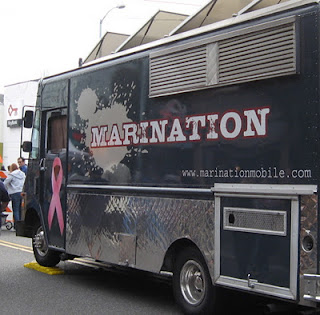 There were buns on wheels... 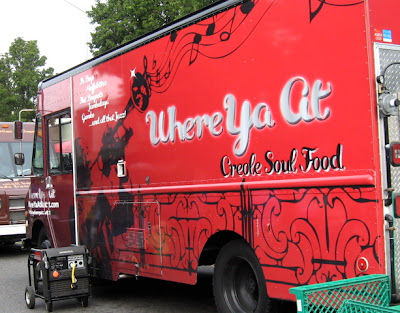 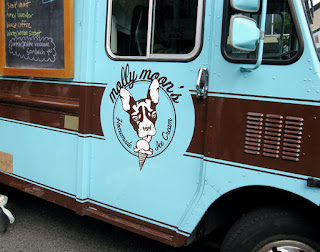 and Molly Moon's Ice Cream. Who could ask for anything more?

For more about Mobile Chowdown events visit their website.